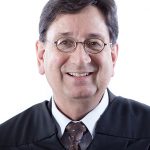 Judge Edward W. Najam, Jr., Retires Court of Appeals Judge Edward W. Najam, Jr., retired on July 31, 2022. Judge Najam was appointed to the Court in 1992 by Governor Evan Bayh, and was retained in office in 1996, 2006, and 2016. During his tenure, he served for 10 years on the Indiana Supreme Court Committee on Rules of Practice and Procedure. As chair of the Appellate Practice Section of the Indiana State … END_OF_DOCUMENT_TOKEN_TO_BE_REPLACED 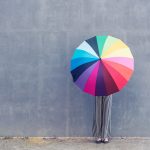 By Heather R. Falks, Deputy General Counsel • Office of General Counsel While more prevalent today, discussions about gender and sexual identity can still feel uncomfortable for some. But there is no need to shy away from becoming educated on recent developments in the law related to gender identity and sexual orientation. These developments make clear the responsibilities of judges and how they interact with t … END_OF_DOCUMENT_TOKEN_TO_BE_REPLACED 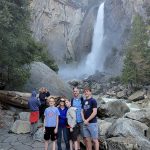 By Kathryn Dolan, Chief Public Information Officer • Office of Communication, Education & Outreach This is the fifty-ninth Court Times article highlighting a member of the Indiana Judiciary. Judge Jaime Oss was elected to the LaPorte Superior Court and took the bench in January 2021. She has a bachelor’s in psychology with a minor in philosophy from IUPUI and graduated from the Valparaiso University School o … END_OF_DOCUMENT_TOKEN_TO_BE_REPLACED 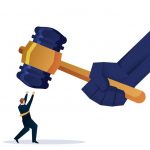 By Marcus Alan McGhee, Staff Attorney (former) Indiana Commission on Judicial Qualifications Managing a docket, staff, and one’s own mental and physical health can be challenging on any day, but especially when you have an abusive individual appearing before you in court. Some may talk over you, curse you, and the very audacious may even threaten you. While instinct might encourage a proportional response, the C … END_OF_DOCUMENT_TOKEN_TO_BE_REPLACED 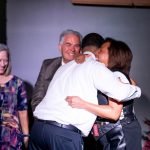 The Veterans Court of Southern Indiana celebrated its 10th anniversary with a graduation ceremony and resource fair on May 10, 2022. Founder and Supervising Judge Maria Granger and Judge Vicki Carmichael hosted a reception to honor graduating veterans with special guests Chief Justice Loretta Rush and singing group Linkin’ Bridge. Established in 2011 and certified by the Office of Court Services in January 2012, the V … END_OF_DOCUMENT_TOKEN_TO_BE_REPLACED

Indiana Court Times is a quarterly publication of the Indiana Office of Judicial Administration featuring topics of interest to judicial branch stakeholders.